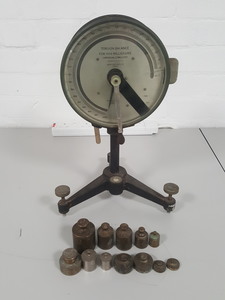 This unit was removed from a university medical / pharmacy department. It was found in an old lab store-room that was being cleared out. 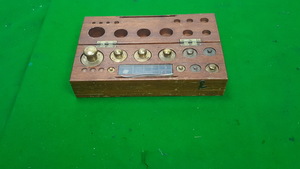 This set was removed from an old store-room as surplus to requirements.

Brother CE-400 Retro Electric Typewriter in good cosmetic condition however does not power on so is being sold as faulty/ideal for spares/repair.

The Typewriter has been sitting in a cupboard in a top UK University for a number of years and has come to us as part of a Clear Out.

Please note, this is not an explosive. It is an empty tank only.

This fantastic 'Bomb' (Water Ballast Tank) was used in World War 2 to train new bombers and also to balance out bomber planes once they had dropped their bombs - they would move these into bomb slots to balance everything out.

The 'bomb' has been sitting in a cupboard in a top UK University for a number of years and has come to us as part of a store room clear out, a museum originally took 5 of 6 of these 'bombs' but left 1 behind as the department wanted to keep it, however, they have now decided to get rid of it.

The 'bomb' is mounted on a metal stand and would make a fantastic, very unusual, display item.